Its been a long week, and the week getting ready for this week wasn’t so short either. Its pretty amazing how much has happened in those weeks. I am grateful for the experience. I’ve learned so much. I’ve felt so much. That baby girl was so adorable and precious. All the hair on her head, her little wide nose, how she was sucking on her thumb first thing out of the womb. 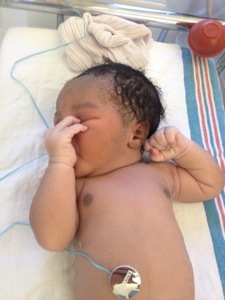 I never even got to hold her, but I was in the waiting room while she was being born. Waiting and anticipating and having all the feelings a new parent has in that situation. But I guess it wasn’t our turn yet to adopt a new family member. I can only hope that she is well loved and taken care of… I have no reason to believe otherwise. While her birth family was not rich, they weren’t begging on the streets either. And maybe the situation isn’t ideal, but I’m pretty sure that it will be ok. And for that, I am also grateful. I know that I am ok and that Michael is ok and most importantly, Calliope is ok. I’m not sure she grasped the full situation, but I know she could “feel” the change in the end. The ending. While this weekend was not really about her, she was amazingly sweet and beautiful and well behaved. I appreciate her even more. I appreciate our relationship with her birth family even more. I pretty much appreciate everyone and everything even more!
In short, we don’t really understand what happened. Apparently, we were not told the truth about some things. Well, a lot of things. Secrets were being kept and things were going unsaid. I personally blame confusion and fear. I believe that the situation was just scary enough to keep the birthmom from making good decisions. I believe she had good intentions. I have to believe that because otherwise, she just put us through the ringer. We named that baby girl. Delphine Renate Lasmanis. After Michael’s Mother’s name (Renate). Should we adopt another baby girl, do we use that name again? It seems odd to me. A name we intended for someone else.. Maybe I will understand it better when the time comes and I’ll be able to move past this particular situation. Maybe I will feel differently. I certainly do not want to forget. I suppose it would be a good story for our next little girl, or boy for that matter, down the line. I know I will keep a couple of pictures of that sweet little girl. I also took a picture of the hospital. Well, not the hospital itself, but a big star on the floor that was decorative and was located at most hall intersections. I will always remember this trip and I like the idea that this star will be one of the symbols that I associate with it. 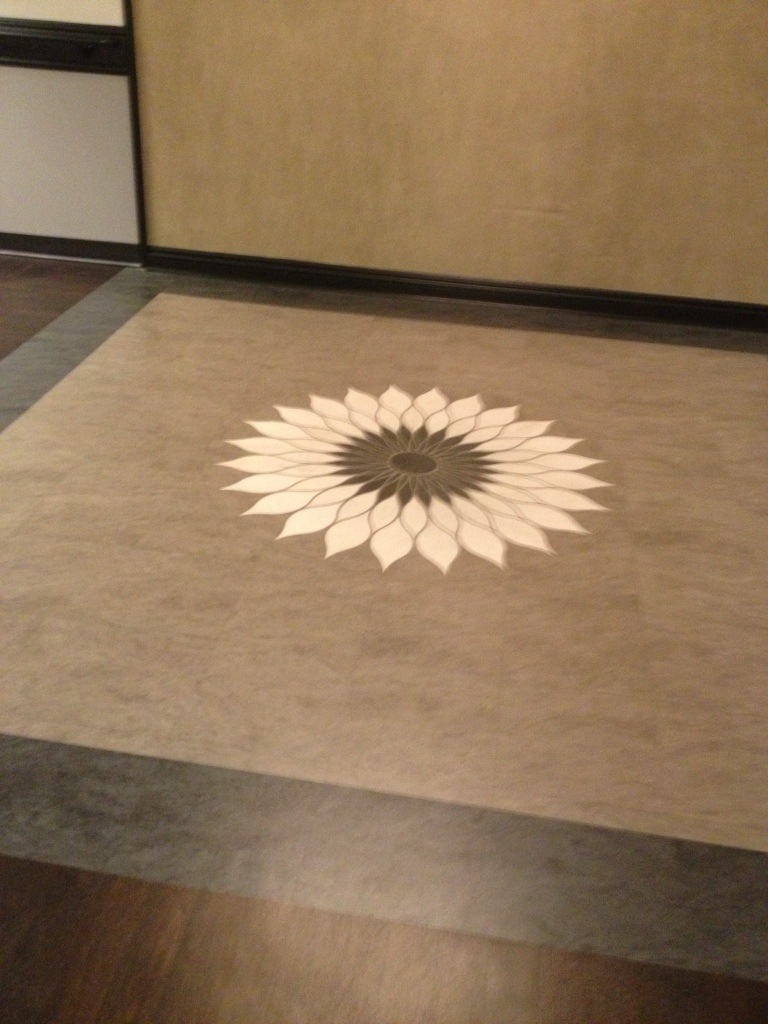 I went back to the hospital one more time to see if she would talk to me. Almost all contact had been through Michael after the baby was born because he had the wrist band that allowed him access to her. So I was with Calliope most of the time. And I guess I just needed some closure, to say good bye. To know in my heart of hearts that it truly was over. When I arrived, I asked if she was still in the maternity ward and she was. I knew the room number, but I didn’t want to push myself on her. That is not my way. Never has been and never will be. I politely asked one of the nurses if she could go in and ask Asia if she wanted to see me for a moment, the other Michael. I knew she would understand that. While the nurse headed off, I couldn’t help but notice the sad eyes of every nurse at the station. They were sad for me, and for Michael. Maybe that extended to Calliope as well, but they could hardly look at me as I stood there. The room was a mere fifteen feet away, so it wasn’t long before she returned and said no, that she did not want to talk to me. Maybe I imagined it, but it seemed like there was a collective gasp at the nurses’ station. I thought I would stop breathing myself, so I took the biggest gulp of air that I could push into my lungs, straightened myself up and asked if I could leave a note, would that be ok? She said she would be happy to deliver it, but didn’t think it would do much good. Well, I knew better. I knew it would do ME some good. They were kind enough to get me paper and pen. In my best penmanship (which I take extreme pride in) I wrote a goodbye letter to Asia and just expressed our sorrow that things turned out the way they did, that we never had any intention of taking the baby girl without permission from all parties, and that we wished them all the best in the world. It was simple, kind and gentle, and most of all, it was filled with love. I don’t even know if she read it. Maybe she threw it away before even opening it. I don’t know. But it made me feel immensely better about the whole situation, and I walked out of there with my head high and ready to be with my family again.
We met up at Superior Bar & Grill for some good old fashioned sit down mexican food. Southern style of course. And I had a Bloody Mary to go with 🙂 Calliope had her first real enchilada and ate it so fast I thought she might choke. The waiter was very enamored with us. He and his partner worked there together as waiters and are seriously considering adoption. I think Michael scared them off! I forgot what he said, but I just remember thinking LORDY! He meant something positive, but it just came out all wrong… I just let it go. We were having a hard morning. But thank goodness for Mardi Gras once again, as we stepped outside of the restaurant and found ourselves right in the middle of a parade. This one was put on by the Carrollton Krewe. We found front row seats and took turns holding Calliope up high when floats came by so she could catch the various goods being thrown. We have tons of beads, stuffed animals, fake coins, the whole lot! OOOOhhhh, and my favorite was this guy throwing handfuls of little rubber balls down from up high, into the street so that they would go bouncing in every direction. It was so cool to see them just bouncing everywhere, and all the kids trying to catch them, or getting hit in the belly by one as it was bouncing through the streets. So funny. It definitely made our day to see that parade. 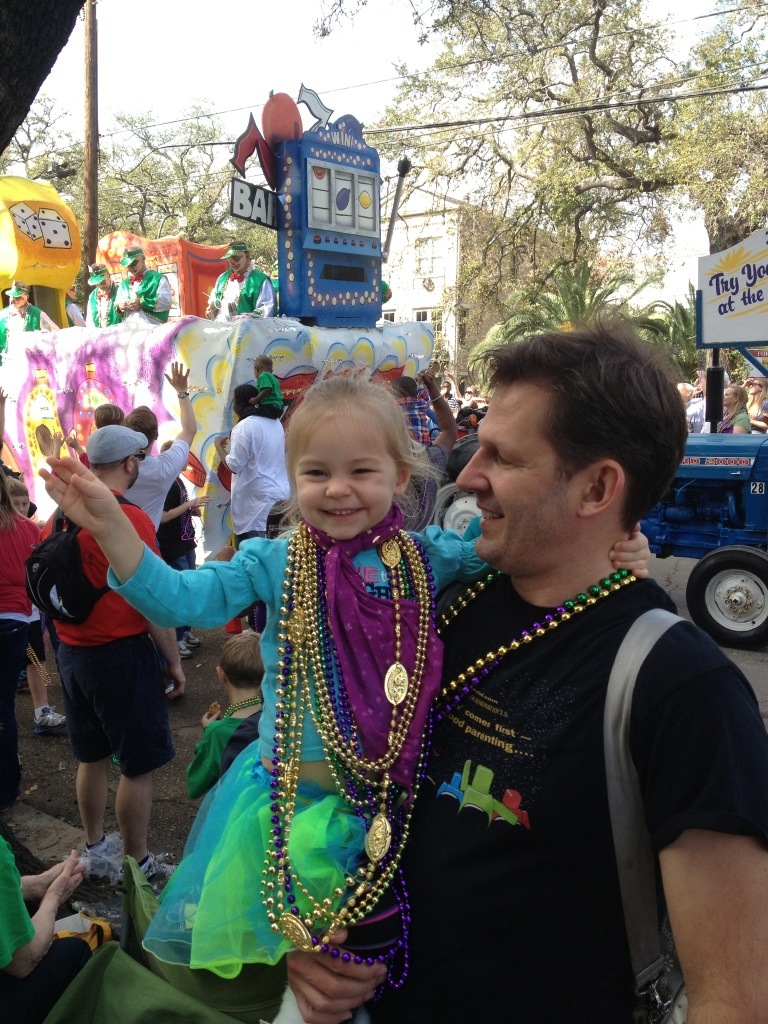 After that, we went back to the hotel, after witnessing a parking attendant and a taxi driver yell at each other for about seven full minutes at one of the back alleys we had to take in order to miss the parade and get to our hotel. We put the little one down, played a little Catan Rivals and relaxed. After, we made the final decision to start calling everyone who knew where we were, what the deal was. We called the hotel company and begged to leave early without penalty, to which they obliged. Flights were easier to find than we thought, and much cheaper, thank goodness. We had only bought one way tickets because we weren’t sure when we would be going back home, or how many of us there would be. Well, its only the three of us. Yes, I want to cry. But I’m on the plane right now, so I’ll wait until I can have some quiet time with my chicken pot pie, in our bed, in our home. It won’t be the first time, and I’m sure it won’t be the last.