I recently started cooking with more authority, that is to say, I recently started cooking with more confidence and more regularly. It has a lot to do with me staying home to take care of the child. She needs me a bit less these days and can stay in her room for minutes at a time without yelling for daddy. And when she is in the room, it doesn’t entail a constant stream of “don’t do that” or “stop” or just plain “NO”s. She has come a long way, and yes, so have I. But that doesn’t mean I have tons more time, just a little. Enough to make family dinner better, more involved, beautiful, tasty and all the things family dinner should be (at least once a week anyway!).
This week, we had the Makokha’s over for an afternoon bar-b-que and I made pasta salad, broccoli and chicken. I wanted it to be easy because I would much rather visit when we have visitors as opposed to cook while we have visitors. Don’t get me wrong, I love the new kitchen and the fact that someone can sit at the counter, or even several someones, while I cook away. That is a lot of fun. But that doesn’t happen a lot when you have twin one year olds as guests. Everyone is always on the lookout for items entering the mouths of babes. Especially when you have a philosophy like ours which includes little to no baby proofing! As mentioned above, I like the word NO. Its great. But not everyone agrees with it and it doesn’t agree with everyone. And while no one has ever made a big stink over it, I try to do my part to keep an eye on the little ones since I (we) were the ones who chose not to babyproof…
And there you have it, a long introduction to my excuse for having a picture of items clumped together as a recipe for the chicken marinade I came up with for this little shindig. The hilarious thing is that I am in love with this marinade despite the fact that it didn’t come out that well. I mean, it was great until my husband decided to blowtorch it on the bbq. I wasn’t even sure it was chicken he was bringing to the table. It looked like coals left over from a piece of wood out of the fireplace that didn’t burn down all the way. Completely black. Bless his heart, he wasn’t feeling well that day, at all. But I have to say something because its so rare that he blunders, especially this bad! Anyway, despite the charring of said chicken, it was pretty decent. And if you got to the center, it was quite juicy and tasty. The only think I would add is a little fresh squeezed lemon. If you are interested at all, below are the ingredients I used for the marinade. I have no idea of quantities, just go with your gut. And don’t let your husband do the actual cooking! 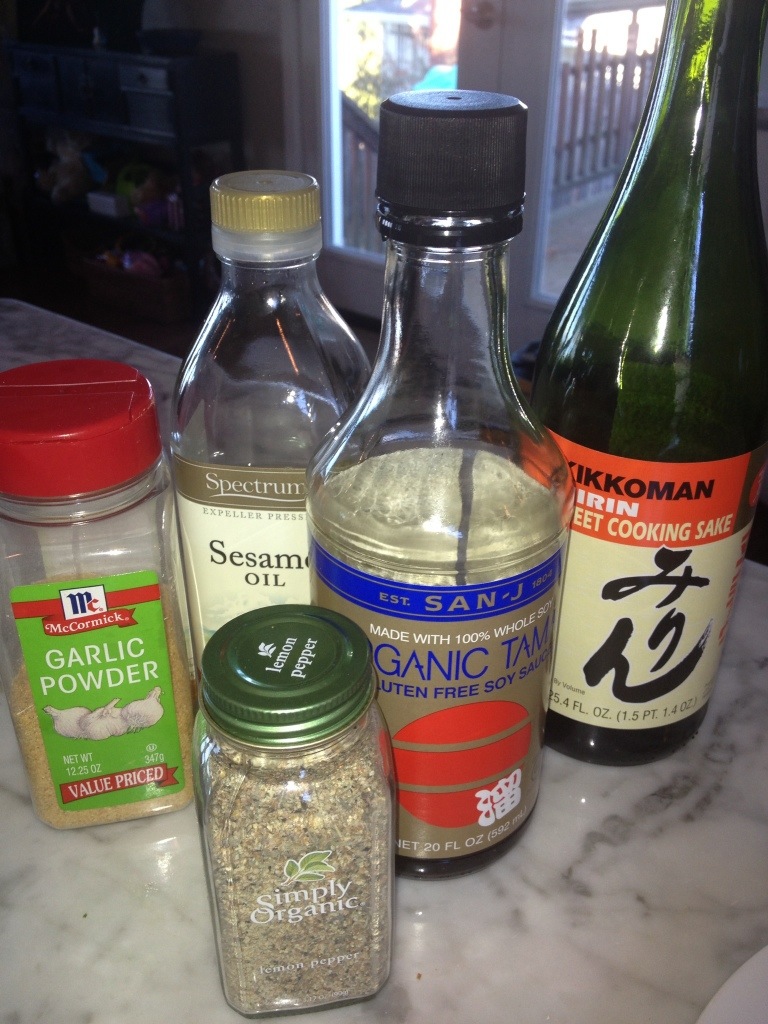 Oh and I just want to thank the Newells as it is from their recipe that this marinade derives.