The crawling has begun

Just having fun in the park 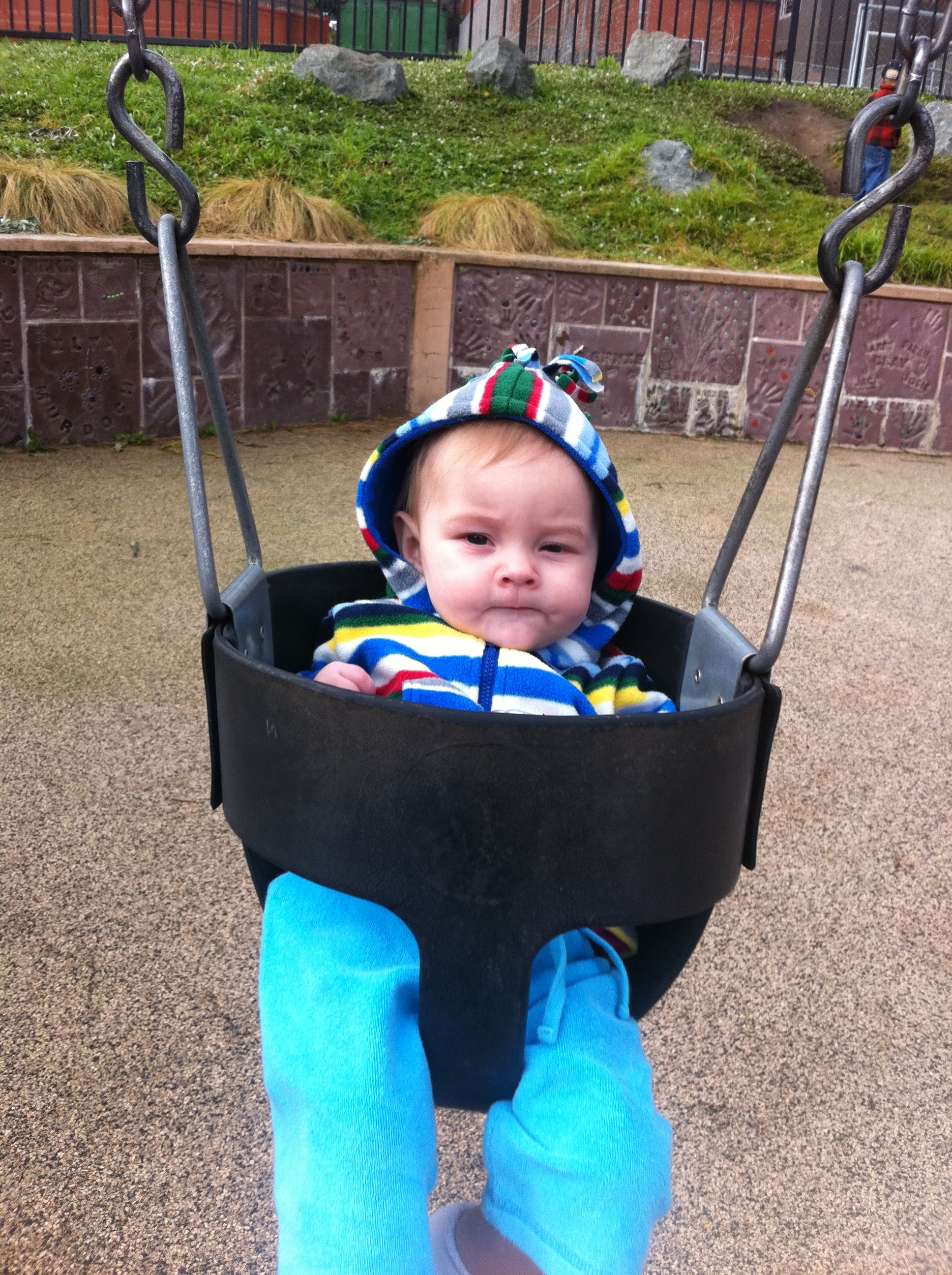 Went and saw the gorgeous doc today.  Just for a flu shot follow up.  It seems we didn’t schedule the Sears spread out vaccinations for this month, so we get to go back next week.  He also informed me that he takes baby aspirin and fish oil everyday which he thinks is part of the reason he doesn’t get sick anymore.  I’m gonna try it out and see what happens!

Well, I’ve tried to use this blog the last couple of days and make it a habit.  I truly want to have these entries for Calliope when she gets older.  I think they will be interesting for her to see, especially the pictures.  However, my iphone app isn’t cooperating at the moment so none of the pictures I keep posting are making it to the blog.  Very sad indeed.  But I’m sure Michael will help us out with this as soon as he can get the time.

Calliope hung out with Camille today and came home very happy, full and rested! I am feeling better, so I got to hang out with her for a bit. Catherine sent us this cute photo today of them playing with the “computer”. 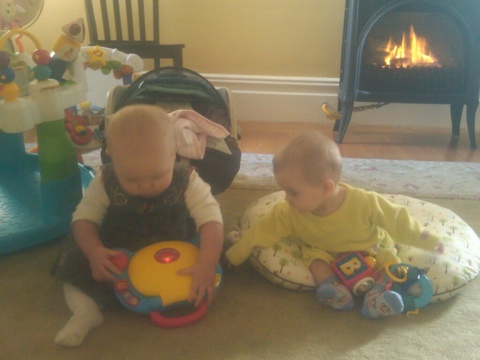 Yesterday, we were all set to go do our Christmas shopping for each other.  We had decided to just do it together but have been having a hard time finding the time to do it.  Well, yesterday was it supposedly.  But of course, I woke up and didn’t feel all that well.  I persevered through coffee and Calliope’s first nap.  I even posted some items on craigslist for sale and straightened my desk so I could see just how much work there is to do!  By the time Michael and I were ready to walk out the door, which can take an eternity these days, I just couldn’t do it.  I was tired, my head hurt, my throat was on fire and I just couldn’t bear the thought of leaving the comfort of home for a rainy day out with the family shopping.  Yes, I passed on shopping to stay home and drink tea lined with whiskey and watch two of the four Resident Evil movies featuring Milla.  A true testament to the fact I was not feeling well.
Michael was awesome.  He took Calliope with him and they did some shopping of their own, including bringing me some less expensive whiskey to put in my tea!  He continued to care for Calliope the rest of the day so that I didn’t get her sick again.  It seems we have been passing things back and forth for about a month and a half at this point.  Incredulous, and tiring.  At the same time, several persons responded to my craigslist ads for the bed and coffee table.  Yippee!  Money!  AND space!
Again, Michael was awesome and we took down our old bed and finally put up the upholstered headboard that I had custom made about 6 months ago and the West Elm bedframe (which was a total bit@h).  I’m so happy.  It just feels less cluttered than the sleigh bed which had a foot board.  The new frame does not.  Bliss.  Unfortunately, our buyer didn’t show up when he said he would.  In fact, he never showed up 🙁  The old bed is in the hallway.
And Michael had to wake up every time Calliope did in the middle of the night because I was zonked out on flu meds and whiskey.  And this morning, I feel only slightly better.  My mood is certainly better and my head is not as congested, but my throat still feels like a fire truck ran through it and then forgot to put out the fire it came for in the first place.  I’ll go see the lovely Greg (doctor) today and get it sorted.  Calliope is going to the babysitter, last minute, so as not to catch whatever I have.  Michael is dealing with her this morning, feeding, changing, packing her up to be gone for the day.  I refuse to touch anything for fear of contamination.  Some lovely friends suggested a hazmat suit via facebook.  Something tells me that will be hard to find.  Though I do live in SF.

Frida will do anything at this point to get attention! Poor
thing…

The prevailing thought that enters my mind is how happy Calliope is…  She is always smiling.  Maybe its just me…  or just me and Michael, but she seems so happy 90% of the time…  And that smile is just awe inspiring goodness.

Today, we were sitting in the kitchen and were playing on our computers with Calliope in her mobile saucer device.  At some point, we both turned to catch her opening one of the drawers (thankfully, not the one with knives in it) and reaching in…  her curiosity is starting to truly blossom and boy are we excited and afraid all at the same time! 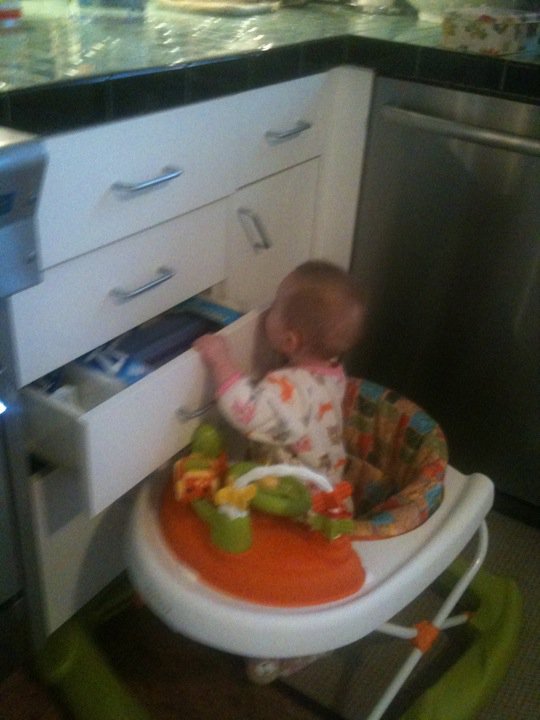